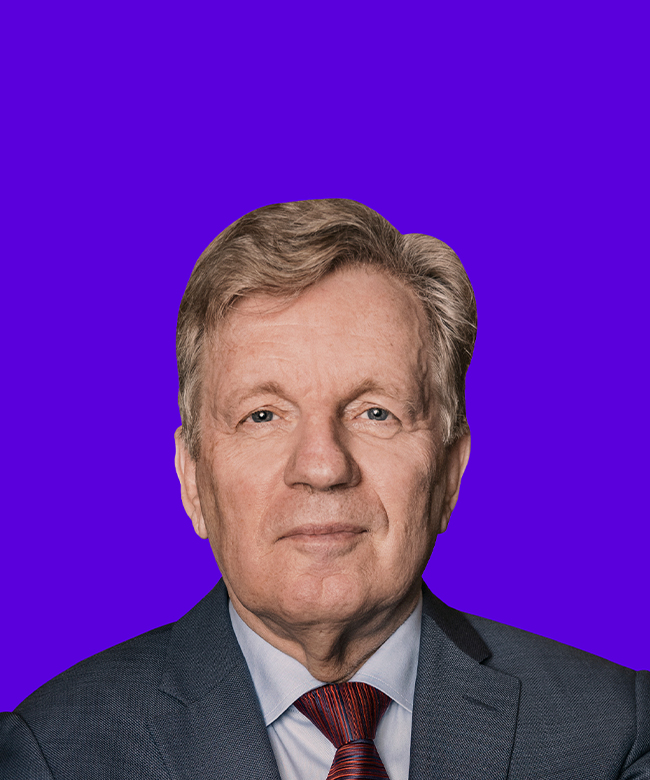 Esko Aho enjoyed a distinguished career in Finnish politics, including the post of Prime Minister from 1991 to 1995. He was a Member of the Finnish Parliament for 20 years, from 1983 to 2003.

He chaired the Centre Party from 1990 to 2002, and was elected Prime Minister in 1991 at the age of 36, making him the youngest PM in Finland’s history. Under his leadership, Finland joined the European Union.

In 2000, Esko Aho spent one year as a Resident Fellow at the Institute of Politics at Harvard University. He then served as President of the Finnish Innovation Fund SITRA from 2004 to 2008. From 2009 to 2012, Esko Aho worked as the Executive Vice President of Corporate Relations and Responsibility at Nokia Corporation.

In 2012, he was appointed as Senior Fellow at the Mossavar-Rahmani Center for Business and Government (M-RCBG) at the John F. Kennedy School of Government at Harvard University. Esko joined the board of directors of the largest bank in Russia, Sberbank in 2016. At the beginning of 2019, he was appointed to J.P. Morgan’s Europe, Middle East and Africa Advisory Council.

Throughout his career, Esko Aho has been active in the world of academia. He is a visiting lecturer at Beijing University and a member of the Industrial Advisory Board at the Russian Presidential Academy of National Economy and Public Administration (RANEPA).

In 2015, he was named as Executive in Residence at Aalto University, where he works at the Department of Management Studies at the School of Business. Mr. Aho holds honorary doctorate degrees from the University of Vaasa, Finland, and the University of Alberta, Canada.